Panel discussion the 10th “The future of Case-Based Reasoning” explored the future of CBR and the vision it represents. 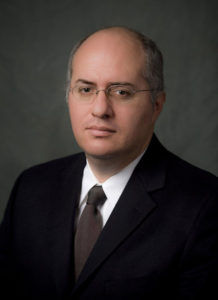 Héctor Muñoz-Avila is a professor of Computer Science and Engineering Department at Lehigh University. Dr. Muñoz-Avila is recipient of a National Science Foundation (NSF) CAREER award, two papers awards and held a Lehigh Class of 1961 Professorship. He has been chair for various international scientific meetings including the Sixth International Conference on Case-Based Reasoning (ICCBR-05) and the twenty-fifth Innovative Applications of AI Conference (IAAI-13). Dr. Muñoz-Avila served as a program director for Robust Intelligence at the National Science Foundation (NSF), where he managed the AI and ML portfolios and co-spearheaded efforts related to self-monitoring systems. He is/has been funded by the Office of Naval Research (ONR), the National Science Foundation (NSF), the Defense Advanced Research Projects Agency (DARPA), the Naval Research Laboratory (NRL) and the Air Force Research Laboratory (AFRL). He holds a PhD (Dr. rer. nat.) in computer science from the Universität Kaiserslautern (Germany), an MS in computer science, a BS in Mathematics and a BS in computer Science from the Universidad de los Andes (Colombia).

Title: Healthy Recommendations: On the Role of Recommender Systems to Promote Health and Exercise.

Prof. Barry Smyth is a researcher and entrepreneur. He holds the DIGITAL Chair of Computer Science at University College Dublin. He is a member of the Royal Irish Academy, a Founding Director of the Insight Centre for Data Analytics, and a Fellow of the European Association for Artificial Intelligence (EurAI). Barry’s research interests cover a broad range of topics, including artificial intelligence, case-based reasoning, and recommender systems. He is particularly interest in the intersection between academic research and industrial application, and has served as a founder, advisor, or board member for a variety of companies, from small AI startups to larger multinationals eager to bring AI techniques to their customers and markets.

Title: Robots acting in the real world and gathering experience

anica Kragic is a Professor at the School of Computer Science and Communication at the Royal Institute of Technology, KTH. She received MSc in Mechanical Engineering from the Technical University of Rijeka, Croatia in 1995 and PhD in Computer Science from KTH in 2001. She has been a visiting researcher at Columbia University, Johns Hopkins University and INRIA Rennes. She is the Director of the Centre for Autonomous Systems. Danica received the 2007 IEEE Robotics and Automation Society Early Academic Career Award. She is a member of the Royal Swedish Academy of Sciences, Royal Swedish Academy of Engineering Sciences and Young Academy of Sweden. She holds a Honorary Doctorate from the Lappeenranta University of Technology. She chaired IEEE RAS Technical Committee on Computer and Robot Vision and served as an IEEE RAS AdCom member. Her research is in the area of robotics, computer vision and machine learning. In 2012, she received an ERC Starting Grant. Her research is supported by the EU, Knut and Alice Wallenberg Foundation, Swedish Foundation for Strategic Research and Swedish Research Council. She is an IEEE Fellow.